Download the BGP Brochure
This programme helps ambitious owner-managers, like yourself, who are looking to create a different and better future for themselves and their business. 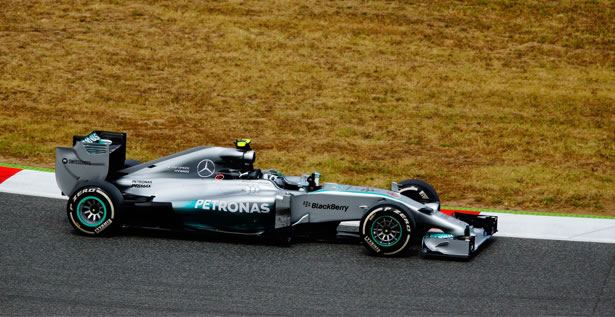 How can businesses win—and win consistently? It’s a question for which many business leaders would like to know the answer. But ironically, that answer is perhaps more likely to be found not in the workplace, but during downtime, when those leaders are relaxing and watching sport.

Tennis, for instance. Why do some players win again and again, and remain at the top of their game for many years? Golf, ditto. Snooker, likewise.

And yet, these are not really the best analogies for the world of business. That’s because the approaches that help one individual sportsman or sportswoman to consistently excel may not translate very well into an organisational context.

So let’s pick a different sport: Formula 1 motor racing. Here, the analogy is a lot closer. It’s not just about individuals, it’s about teams. Innovation in technology is involved. There’s a ‘product’—the car itself. Leadership matters: there’s a team principal. And so on, and so on.

As it happens, it’s also a world that I’ve extensively studied, thanks to those same parallels that I see between Formula 1 and the business environment.

I’ve even written a book on it—Performance at the Limit: Business Lessons from Formula 1® Motor Racing, with a foreword by former formula 1 driver Niki Lauda.

So how can Formula 1 help businesses to win—and win consistently?

Look at successful Formula 1 teams, and you see something that almost immediately differentiates them from the others. And no, it’s not the driver, the engine, or the sponsorship.

Instead, it’s what I call the ‘performance pyramid’.

Simply put, winning teams have a winning-centric organisational culture within the team, upon which they then overlay a process of constant organisational learning. And then, the pyramid is capped off by an unremitting and unrelenting focus on winning, and success.

Organisational learning is really the key—where the rubber meets the road, if you’ll forgive the phrase.

Winning teams think in terms of ‘Plan, Do, and Review’. They figure out a change—a way to shave a fraction of a second off a lap time, say—then execute that change, and then review how it went.

And the trick—aided by that winning-centric organisational culture—is to carry out those ‘Plan, Do, and Review’ cycles faster and faster, delivering and bedding-in small improvements each time.

Organisational culture: winning is everything

Yet another quote emphasises the role that organisational culture plays in this:

“Even when we win a race, we spend two hours at the track discussing what went wrong!”

Some would call this behaviour obsessive. But quite simply, in Formula 1, that’s what it takes to win. Just ask any of the 154 constructors’ teams that have entered Formula 1 since 1950, and failed.

And it’s not an easy organisational culture to develop, requiring constant communication, a ‘no-blame’ philosophy, a long-term perspective, and a ‘one team’ mindset.

The team is everything—which is where the focus comes in. If something doesn’t contribute to racetrack success, it’s an irrelevance.

From racetrack to workplace

So how do you emulate Formula 1 success in your own organisation? Start by embedding the right organisational culture, I would suggest.

And then build your own ‘Plan, Do, Review’ focus—which is probably easier, as the business world isn’t short of metrics.

So how long is the journey to success likely to take? As a guide, consider these questions, which should point you towards the answer: