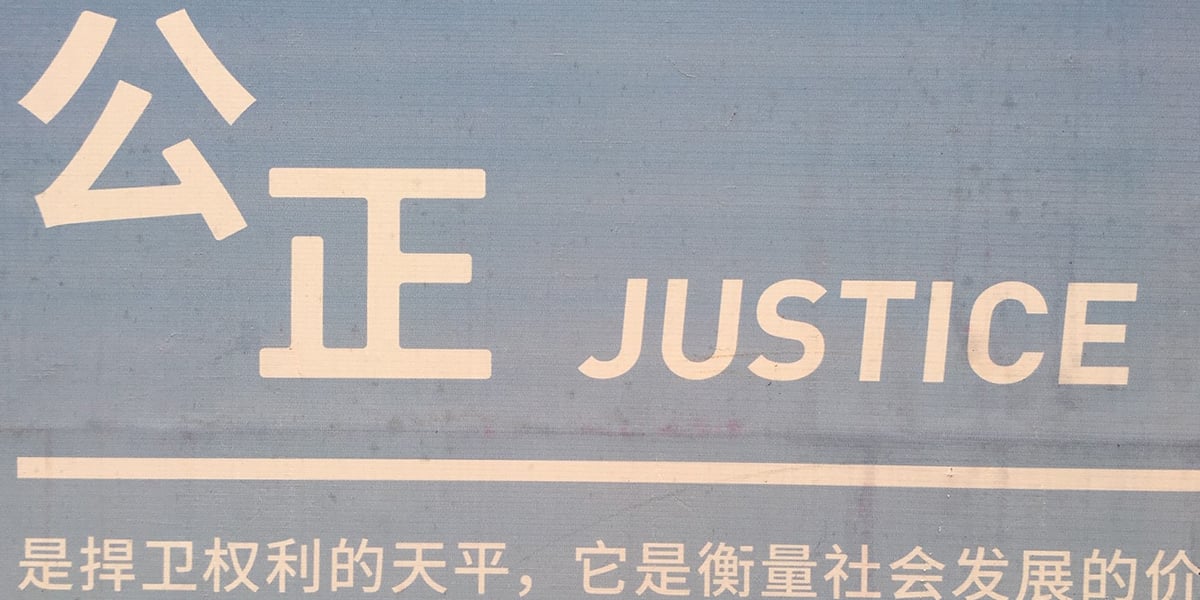 For those people who describe themselves as speaking “The Queen’s English” it may be of interest to know that when we “talk price”, i.e. haggle, we are actually speaking Chinese.

In Mandarin, to haggle is JiangJia 讲价, literally Jiang 讲 (talk) Jia 价 (price). Mandarin is full of two syllable words which when broken down describe exactly what is meant. A refrigerator is a BingXiang 冰箱 – Bing 冰 is Ice and Xiang 箱 is Box, an ice-box. An aeroplane is a FeiJi 飞机 – Fei 飞means Fly, and Ji 机 means Machine, and an aeroplane is indeed a flying machine. So in Mandarin you can actually visualise the meaning of the word without having to put your own interpretation or filter on it. This includes values too. Patriotrism is AiGuo 爱国 – Ai 爱/ Love and Guo 国/ Country. Justice is GongZheng 公正 – Gong 公/ Collective and Zheng 正/ Honesty. Integrity is ChengXin 诚信 – Cheng 诚/ Sincere and Xin 信/ Word. When we talk to each other about loving our country, having collective honesty, and using sincere words, these are statements of behaviour. While we will each have our own interpretation of those behaviours, we are at least much closer to a shared understanding of those values than if we had started with the words Patriotism, Justice and Integrity.

Organisations spend a lot of time crafting their value statements and then trying to ensure that all their staff understand what is meant by them, and the associated behaviours expected. Wouldn’t it be so much simpler if they started with the behavioural statements? In Mandarin the way the words are constructed cuts to the chase!

Organisations spend a lot of time crafting their value statements and then trying to ensure that all their staff understand what is meant by them, and the associated behaviours expected.

Some of you will be old enough to remember the original Ronseal advertisements and will know exactly where I am going with this. Ronseal created a range of DIY products, and rather than give them fancy brand names, they gave them names which simply described what they were to be used for. You can buy “One coat, non-drip paint” (it doesn’t drip and you only need to apply one coat) and “Big hole smooth finish filler” (you use it to fill big holes and it has a smooth finish). It doesn’t sound sexy and clever, but it’s clear and unambiguous. It cuts to the chase. Their advertising catchphrase was (and still is) “Ronseal – it does exactly what it says on the tin” and it entered popular vernacular.

If we are to create an organisational culture where the values are unanimously followed, then making them Ronseal will help foster that shared understanding. But even if the values are Ronseal, and collectively understood, they will not be followed if we, as leaders, do not demonstrate them. The need for positive role-modelling right at the top is being played out right now, during this Covid-19 crisis. Leaders and organisations who are not acting as positive role models are being vilified in social media.

This crisis has brought into a fierce spotlight any differences between the “deeds” and “words” of organisations and individuals.

People talk about how a crisis is when you find out who are your true friends, when people demonstrate their “true colours”. In a crisis, “deeds” rather than “words” become the way we make decisions and judgements about others. This crisis has brought into a fierce spotlight any differences between the “deeds” and “words” of organisations and individuals. A mismatch demonstrates that the values are not being upheld, and often is interpreted as inauthenticity. Some of those organisations and individuals may struggle to survive in the future as a result. Members of the public may choose to spend their money, or cast their votes, on those organisations and individuals whose deeds matched their words, who behaved authentically. The determining factor might be the length of people’s memories. Some organisations may assume that memories are short and that once the crisis is “over”, they will regain public trust. It is a dangerous assumption to make. When something affects us emotionally it is less likely to be forgotten, and values have a strong emotional basis.

I was working as a leadership consultant several years ago when I was hit by a family crisis. It was a sad and difficult time, and while working was a struggle I never took a day off. I continued to travel round the UK working with clients even though I was frequently fighting off tears. One day the office manager rang me, saying that she wanted to discuss her concerns about my travelling expenses. I was shocked into silence. She was well aware that I was going through a traumatic time, and I was demonstrating phenomenal loyalty to the company by continuing to work. Yet she still felt it was an appropriate time to pick me up about a relatively trivial matter! I was furious. But it was a good thing that I remained silent, because her next words floored me. She said “I have been looking at your subsistence claims, and I’ve noticed there have been hardly any receipts for meals for several weeks. I am really worried that you aren’t eating properly. Talk to me.” And she was right – I hadn’t been.

They talked about treating employees like family - a phrase we hear regularly, but that one phone call epitomised “living the values”, and I have never forgotten it. People have long memories; our deeds rather than our words will define us. As a leader, what action can you take tomorrow that shows you are living your values? How will you do what it says on your tin?