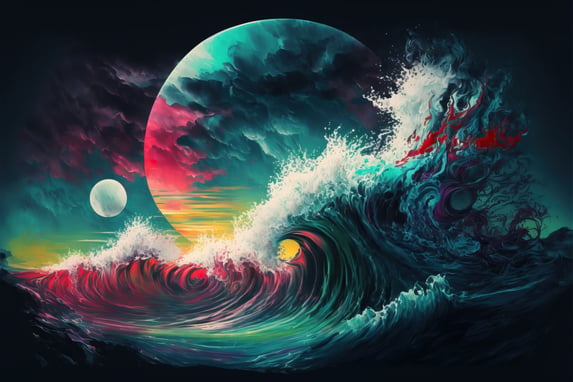 Louise Lupton found a different way of looking at things was crucial when undertaking a big restructuring project during COVID.

I joined Dermalogica as sales director in November 2019, so I had four months in the role – working in the old way of things I suppose – before COVID hit. I chose to take my sales team of about 70 people through a massive restructure starting at the beginning of November 2020.  That meant huge changes, and I had to cut headcount and commit to extra sales with less resource.

Am I an effective leader in disruptive times?

I saw an advert for Cranfield's ‘Leadership in Disruptive Times’ and the title made me question whether I would consider myself to be an effective leader in disruptive times. I thought: ‘Well, actually, I don’t know how to think about that, or how to measure it. This course will probably give me the insight to be able to do that. It’s going to better arm and equip me for being a leader in disruptive times.’

How you lead in disruptive times is a topic that nobody really ever teaches you, or talks about, or encourages you to think about.  So, without COVID, I would have done the course anyway if I had seen it advertised, but the pandemic probably played a part in my choosing to do it at that time. As soon as you see the title, you think: ‘Well, we are operating in disruptive times – I think I need to do this!’.

If it hadn’t been for COVID, then we wouldn’t have done most of the things that we’ve done since. Doing the Cranfield course when the new structure was just beginning to take off allowed me to better measure whether it was the right thing to do and it cemented the fact that a lot of the things we’ve done were the right things to do. It also confirmed that how I had looked at and planned for the restructure has set us up, in many ways, for future disruption, because now we are better managing each element of the business, rather than everyone trying to do everything.

For me personally, the role I came into was very different to the role 18 months down the line, so it added huge value. I can’t pull out a specific example of: ‘I learned this, applied this and it resulted in this’ – but I think it just gave me a different way of looking at things, which has been crucial.

Planning for the future

I manage quite a big team and doing the programme has helped me in terms of how I manage them, and to think about the decisions they’re making:

I’ve always been a big preparer - I taught negotiation for two years, so I have a ‘preparation is key’ approach and am used to scenario building and Plan B and contingency plans. So I’m used to thinking along those lines. But the Leadership in Disruptive Times course gave that more depth, particularly highlighting the thought processes behind the planning element.

The foresights session has probably given rise to the biggest change in terms of how I work and being better able to anticipate things in the future. It was super useful in understanding the fact that you can’t imagine these crises happening and, if you don’t know about them happening, then you don’t necessarily plan for them.  Whereas now it’s made me think: ‘Well, we don’t particularly want to plan for another COVID but, if we were to plan for another crisis, what kind of things could we be doing now to anticipate that in the future?’. I just thought that was brilliant.

Now I have a bit more of a long-term view than I would have done. Instead of being around 12 months out, I’m now starting to think further than that in terms of making sure we are resilient to whatever may come into the path of whatever the vision might be.

Leadership in Disruptive Times has definitely given a different layer to how I would approach things, and I’m excited about all the things I think we will be able to do over the next 12 months.

Discover more about the Leadership in Disruptive Times programme that offers a strategic approach to building and strengthening organisational resilience: