I’ve lost my mojo and want to sell the business

“My business has flat-lined. We have been quite successful up to now, but I don’t know what to do next. I think I want to sell it or pass it on to someone else”

Lots of people come on the Business Growth Programme because they’ve lost their mojo. That was me. When I came on the programme I had run my business for 20 years and I honestly wasn’t interested any more. I needed some direction – a kick. BGP helped me decide that yes, I did want to sell it, but I didn’t need to sell it yet. There was work to do first.

It is common for owner-managers to reach a stage where they need to decide what to do next in their business, whether that is unlocking new growth potential, succession planning or preparing the business for sale.

Businesses often start to flat line when their owners get comfortable. You’ll find a business will get to a turnover of over £2 million with a 10% profit margin, the owner manager will be taking home £200,000 a year, have a nice house and a family, and doesn’t want to take any more risks. The business has always done well and has grown to a level where it is meeting that owner-manager’s needs.

But then inflation starts to have an impact, wages are going up, and competitors start to take a nibble out of their marketplace and they are doing things better. Before you know it you’re no longer flat lining, you’re declining, and that £200,000 a year is suddenly £175,000, or £160,000.

One business I met on the Business Growth Programme was run by a father who wanted his son to take over from him when he retired. The son already worked in the business, travelling around visiting its sites around the country. The father told BGP counsellors he needed his son back in their head office to learn the ropes, but couldn’t spare him from his daily duties. 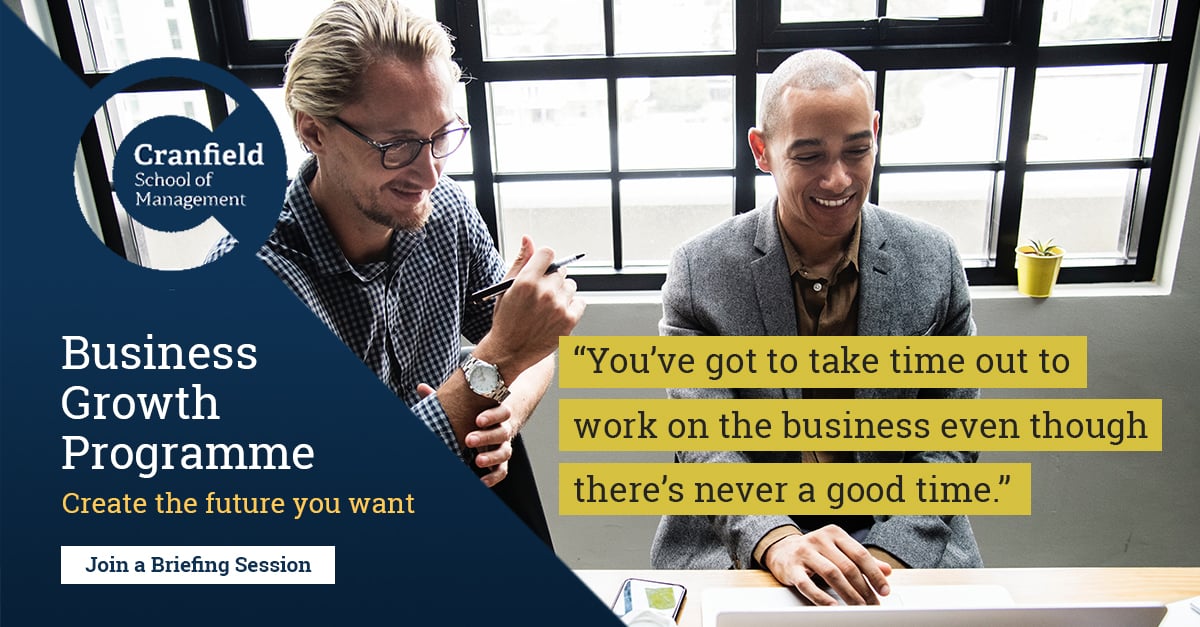 This guy is saying he can’t retire until he is 70. He is 61 now. So, he is saying his son won’t be good enough to take over for another nine years. What happens if he becomes too ill to work tomorrow? His son will finish his current job and come into work tomorrow as the boss without a clue of what to do.

I always ask people: ‘How many summers do you think you have left?’ It may sound morbid, but it’s important to think about these things, to plan for what will happen next. What are the options, and what would you need to put in place in order to do it? Write it down, and communicate it to the people around you.

For owner-managers not yet thinking about retirement, but wanting their business to continue to grow, it’s important to think creatively about how to unlock new growth potential.

I worked with a business once that was super viable, hugely cash rich. All their competitors were struggling, especially one in particular. I asked the owner if he knew the business and he said yes. Then I said: ‘Well, why don’t you buy him? You will double your turnover overnight in return for very little financial outlay, as he is struggling and he knows it.’ A couple of phone calls later, solicitors were involved and it wasn’t long until the deal was done.

With thanks to Paul Rutt